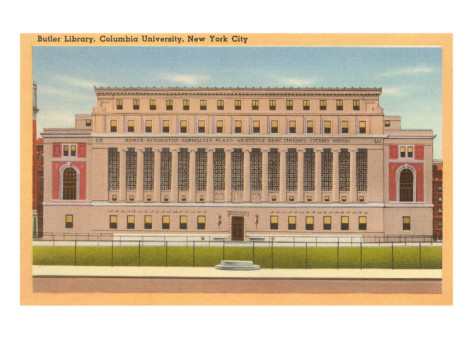 Barnard College
The Barnard Archives and Special Collections serves as the final repository for the historical records of Barnard College, from its founding in 1889 to the present day. For more information, please contact archives@barnard.edu.


Health Sciences Library
The Archives and Special Collections at the Augustus C. Long Health Sciences Library of Columbia University can help you find information about the schools of the Medical Center: College of Physicians & Surgeons, School of Nursing, College of Dental Medicine (formerly the School of Dental & Oral Surgery), Mailman School of Public Health, and the College of Pharmaceutical Sciences. For more information, please contact hslarchives@columbia.edu.

How to find information about the Columbia campus sites, buildings and features

In 1754, classes at King's College were first held inside the vestry room of the Trinity Church schoolhouse on lower Broadway. From the schoolhouse, the College moved to its own building in 1760. The three Columbia sites are:

The most frequently consulted resources for questions about campus sites, buildings and features:

For the Park Place campus building:

For the Madison Avenue campus:

For the Morningside Heights campus:

To learn about the Morningside campus:

The Avery Architectural & Fine Arts Librarians have put together a Columbia University buildings bibliography. These selections include information about the maps, the Morningside campus, Barnard College, the Manhattanville campus, the Medical Center, and the Baker Field Athletics Complex.

For more information on how to access materials at Avery Drawings and Archives, see their FAQ for visits.

The archives of the architectural firm of McKim Mead & White are held at the New-York Historical Society Museum & Library. 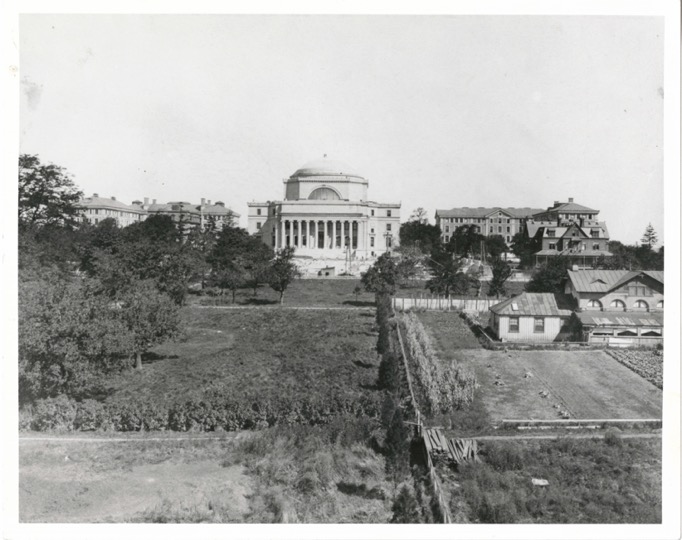 The following is a list of sources, all available online, to help you start your research in to Low Memorial Library.

During the COVID-19 quarantine, the University Archives shared some of our favorite facts, stories and photos about this iconic building to help bring Columbians a little closer to campus. The #WeMissLow series covers a wide range of topics illustrated by photographs and enhanced with links to other resources.

When the Low Library opened, a number of brochures and viewbooks were published to showcase the new Morningside campus. These publications are available online:

Memorial Library to their new home in South Hall (now Butler Library) through a series of hoists, ramps and pulley carts. It took twelve professional movers and 60 students (paid 50 cents an hour) 35 working days between August 20 and September 19 to complete this monumental task. This 11-minute video captures the transfer of the books: the crates, the ramps, the library staff, but also the campus: see the sundial whole, the tennis courts on South Field, and Alma supervising the entire project. 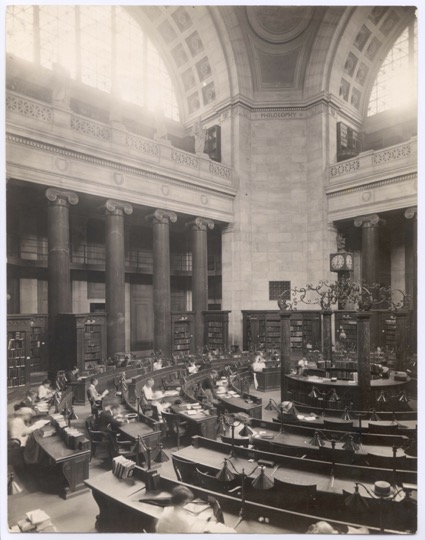 These collections are only available in person at the Rare Book & Manuscript Library (RBML) reading room. For more information on how to access our collections, check out our Research & Access website.

Compiled over the years by University Archives staff, the Building and Grounds Collection contains materials relating to Columbia University’s buildings and grounds on the three sites that have served as the University's main campus as well as other real estate used by the University. This collection includes materials about spaces inside Low (Faculty Room, the Trustees Room, and the Twombly-Burden Room) and space outside, Low Plaza.

This is the core administrative collection of records, from the 1890s to the present. Central Files chiefly contains correspondence (sent and received) between Columbia University administrators and other University officers, faculty, trustees, and individuals and organizations from outside the University. For information about Low Library, look for correspondence with George Baker (University Librarian when Columbia moved uptown), McKim, Meade and White (the architectural firm that designed Low Library), and with the Superintendents to find out about the everyday issues with the construction and management of the building (Edward A. Darling, Frederick Goetze, Henry Lee Norris, David Updike, etc.).

This collection comprised of correspondence, diaries, lecture notes, essays, and administrative documents related to Columbia University includes the Trustees’ Committee on Library minutes from 1900-1915, the early days of Low Library (see item 184). You can also consult the full Minutes of the Trustees.

Historical Photograph Collection, Series VII: Buildings and Grounds
Among the largest series in this extensive photograph collection, images include interior and exterior images of Low Library over the years, but also the McKim, Meade and White construction photographs, postcards, and the official University Photographer prints starting from the 1930s.