Click below to get help with various statistical programs: 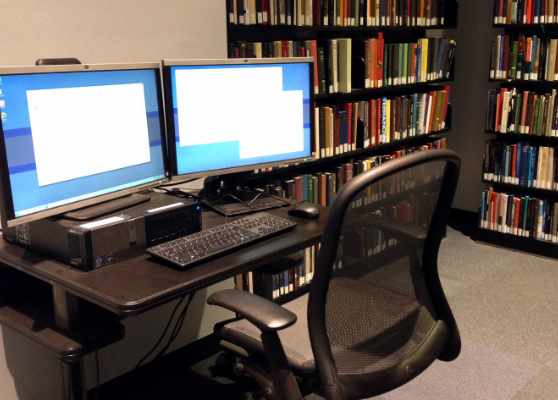 The Journalism Library has a Data Workstation with a large monitor, pre-loaded with a variety of programs, including:

You're welcome to come use the workstation anytime the J-Library is open (hours)!

We'll start by considering quantitative methods--that is, methods that use data that is quantifiable or measurable. Frequently this means numeric data, though your datasets may contain text such as individual or group names, gender designations, etc.

Descriptive statistics simply describe what the data itself shows. These methods are common in journalism, particularly because they are generally understandable by the general pubilc.

You can look at the distribution of the data using frequencies (counts) and percentages are also common descriptives. Frequency distributions are commonly displayed using a histogram or bar chart.

See the Research Methods Knowledgebase for more on these concepts, as well as standard deviations and correlations.

Other Methods of Statistical Analysis

Inferential statistics interpret data and make conclusions beyond what is immediately apparent in the data itself. Inferential methods are common in academic research. If you plan to use these types of methods, UCLA has a great chart showing how to choose the appropriate inferential statistical analysis.

Qualitative methods consider data that can't be quantified, but only described. Data analyzed using these methods often take the form of interviews, video or audio recordings, photographs, or other observational data. See the Research Methods Knowledgebase for more on qualitative methods.