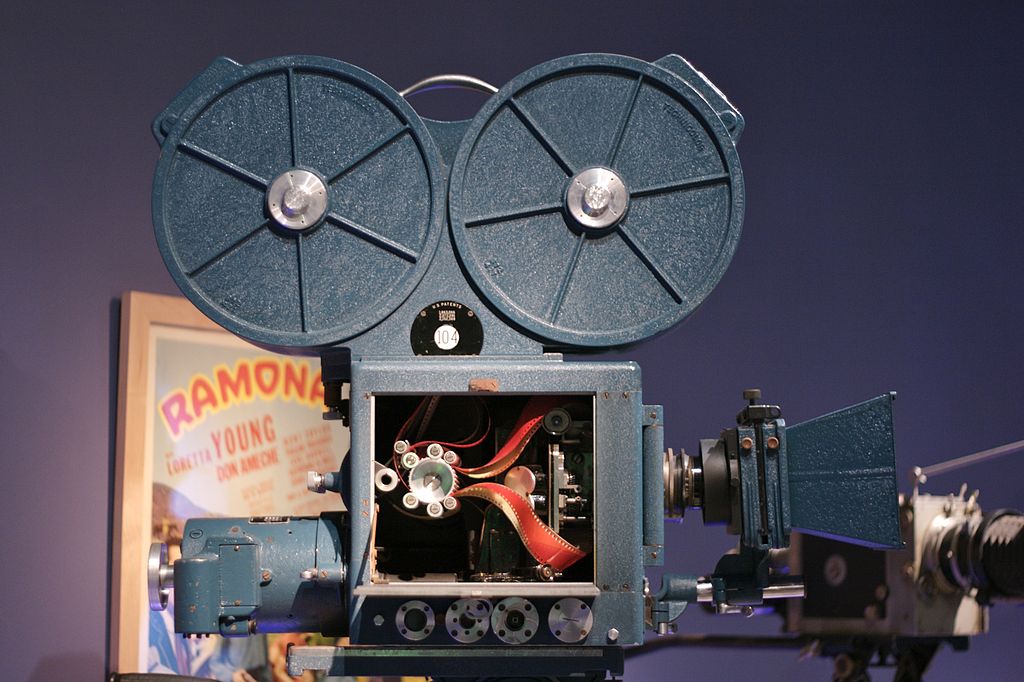 Image Credit: A 3-strip Technicolor camera from the 1930s. Photo taken at the Museum of the Moving Image, in Astoria, Queens, New York.

American History in Video
American History in Video provides the largest and richest collection of video available online for the study of American history, with 2,000 hours and more than 5,000 titles on completion. The collection allows students and researchers to analyze historical events, and the presentation of historical events over time, through commercial and governmental newsreels, archival footage, public affairs footage, and important documentaries. This release includes over 1260 titles, equaling approximately 420 hours

The HistoryMakers
Provides streaming access to more than 2,340 "video oral history interviews highlighting the accomplishments of individual African Americans and African-American-led groups and movements." Interview transcripts are fully searchable. Includes "interviewees from across the United States, from a variety of fields, and with memories stretching from the 1890s to the present. Rather than focus on one particular part of a person’s life or a single subject . . . the interviews are life oral histories covering the person’s entire span of memories as well as his or her own family’s oral history. Interviews were first conducted in 1993, and continue to the present. The archive continues to grow so that queries saved today may have new results tomorrow based on new interviews added into the archive. Some people in the collection may be interviewed again, so that content for a particular person may grow as well."

Socialism on film : the Cold War and international propaganda
“This collection of films from the communist world reveals war, history, current affairs, culture and society as seen through the socialist lens. It spans most of the twentieth century and covers countries such as the USSR, Vietnam, China, Korea, much of Eastern Europe, the GDR, Britain and Cuba"--Publisher's website.

Sourced from the British Film Institute (BFI), this collection of documentary, newsreel and feature films reveals the world as seen by Soviet, Chinese, Vietnamese, East European, and Latin American filmmakers. Ranging from the early 20th century to the 1980s, material encapsulates the themes of war, revolution, news, current affairs, culture and society. This project makes available the superb ETV-Plato Films collection put together by the British communist Stanley Forman in the years after the Second World War - produced almost exclusively in the communist world and then versioned into English for distribution in the West. The majority of the footage is previously unseen and provides an essential repository of research material for the study of key political and social events of the 20th century. A crucial resource for anyone studying twentieth-century history, propaganda, communism, the Cold War era and its conflicts, the Soviet Union, film and documentary, military history, media studies, cultural and social history. The films are fully transcribed and available to stream through a specially-developed video player. Users can focus their research through advanced search functionality, and by filtering all footage by country of production, genre or subject area.

World History in VIdeo
World history in video is an online collection of streaming video that gives users access to critically acclaimed documentaries from filmmakers worldwide. Upon completion the collection will include more than 1750 documentaries that offer a survey of human history from the earliest civilizations to the fall of the Berlin Wall. World history in video covers Africa and the Americas, Asia, Europe, the Middle East, and Oceania.

World Newsreels Online, 1929 - 1966
Searchable database of streaming videos that features full runs of many of the key international newsreels produced during the first half of the twentieth century. The collection allows users to search by subject, year, historical era, historical event, people, and places.