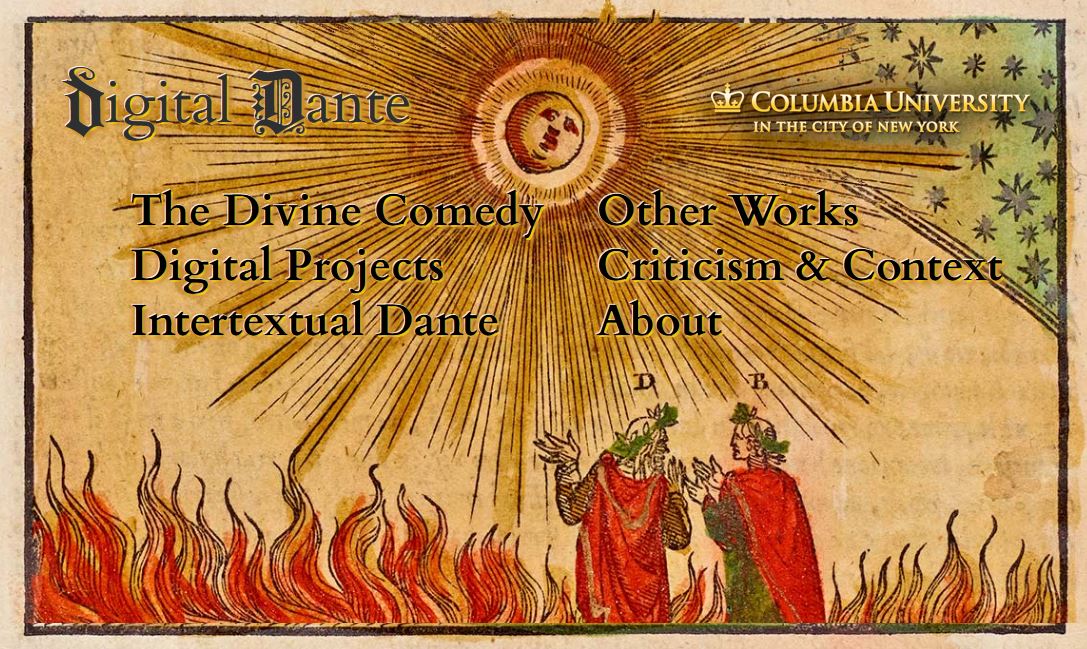 The newly revamped and relaunched Digital Dante project is the result of a collaboration between Columbia University's Department of Italian, the Humanities & History division of the Columbia Libraries, and Columbia's Center for Digital Research and Scholarship. The site includes: