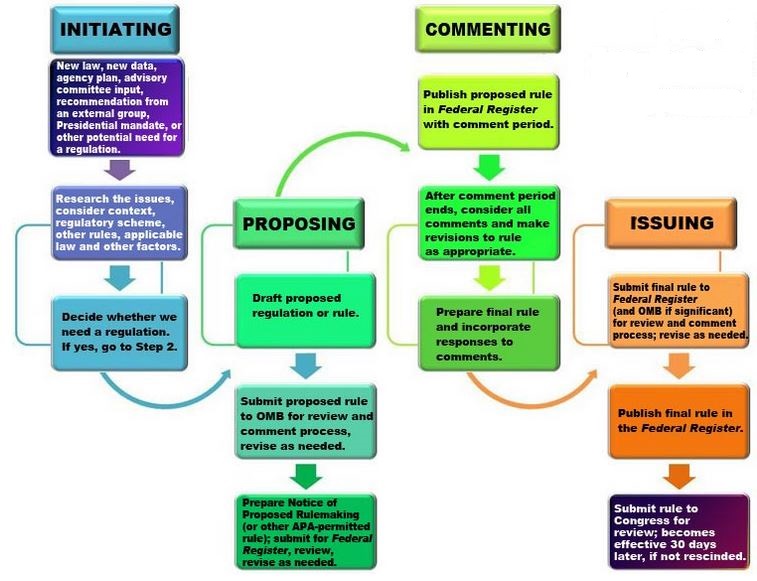 Congress passes a law, but often it cannot describe every detail of the implementation of that law. Instead, it authorizes various executive departments and agencies to write the rules and regulations which implement the law. Congress specifies the broad area of regulation, but the executive agency is responsible for filling in the specifics, proposing regulations and advancing them through the rulemaking process.

The rulemaking process is mandated by the Administrative Procedure Act and includes what is called a “notice & comment” period, when rules are proposed, the public is given notice and an opportunity to comment on the proposed rules, and then the rules are finalized and published in the Government Publishing Office’s:

Agencies then administer the regulations as outlined.

This is a selective guide to resources, at Columbia University Libraries and on the Internet, for conducting research on the U.S. federal budget process. In addition to the links in this guide, search the Columbia Library catalog for U.S. Government Documents for publications and filter your search for precise results. Catalog call numbers are provided for text and microfiche resources.

Some resources are restricted to Columbia affiliates.